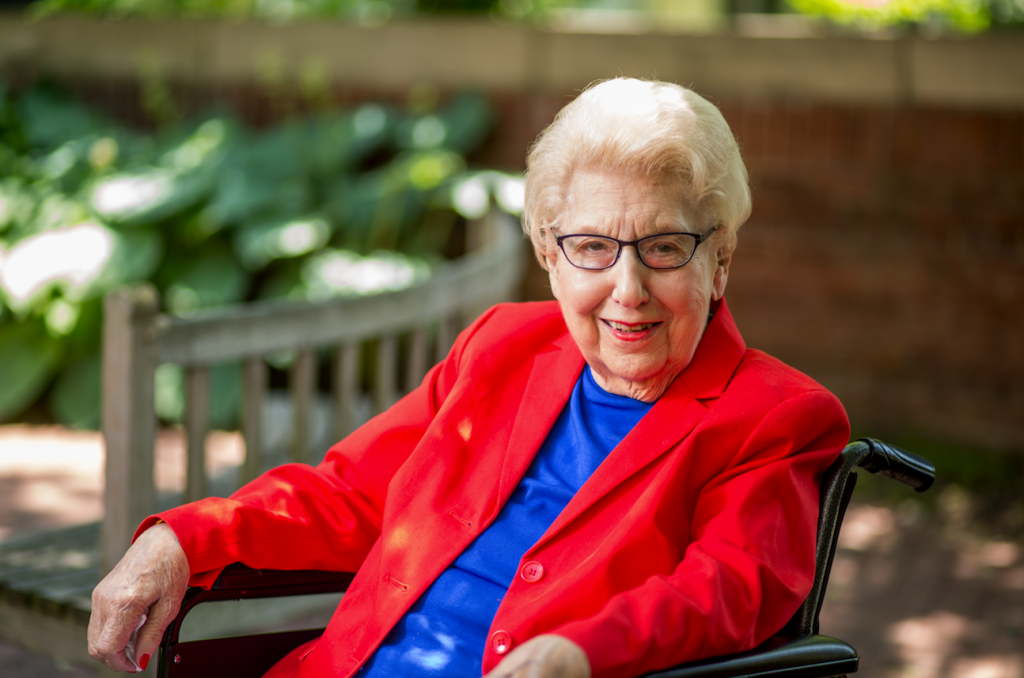 When Elaine Light, 94, was considering an assisted living residence, the No. 1 deciding factor was “absolutely the food,” she says bluntly.

Leaving her home in Pittsburgh, Light moved to Grand Oaks Assisted Living Residence in Washington, D.C., to be closer to her daughter. Though her zip code may have changed, her flair for food continues.

In 1944, Light graduated from University of Pittsburgh and took a job as a reporter for the Associated Press; she was one of very few women working for AP at the time. But her story soon moved her to Punxsutawney, Pa., the home of the groundhog, where she met and married her husband, Sam Light, a coal operator and president of the Punxsutawney Groundhog Club.

“I spent the next 41 years in Punxsutawney, literally married to the groundhog,” she jokes.

It was there that she learned to cook and appreciate fine dining. Light used her cooking skills to author several cookbooks themed around the town’s famous attraction. These included “Cooking with the Groundhog,” “Gourmets & Groundhogs,” and “The New Gourmets & Groundhogs & The Second Helping.” Light even played a role in manufacturing groundhog shaped cookie cutters.

In 1963, Light joined the Punxsutawney Area College Trust, where she was instrumental in starting a culinary school at Indiana University of Pennsylvania. “We had no restaurants in Punxsutawney then, which was why when I was able to more or less start this culinary school, it struck an instant chord.”

She helped raise an astounding $1 million to make this dream a reality. “We raised it because the people believed,” she says.

The Academy of Culinary Arts at Indiana University of Pennsylvania is now in its 16th year of operation and recognized nationally for its culinary excellence. “That’s my lasting legacy,” Light says. “I am very proud that I left something behind…I’m happy that those culinary students now are going all over the world, and they’re in the best restaurants and the best resorts all over.”

After the passing of her husband, Light moved back to Pittsburgh and worked as a freelance food critic for the Pittsburgh Press and Pittsburgh Post-Gazette.

She traveled the world with a group of food writers to countries like Australia, China, Japan, France, England, and Italy. “I was particularly fond of Bangkok,” she says. “[It] didn’t look like any place I had ever been—it truly was Bangkok, and not only their ancient city, which has all the pagodas and strange things, but their food was remarkable and fascinating.”

Learn about Grand Oaks from our residents.