What Every Senior Should Know About Psoriasis 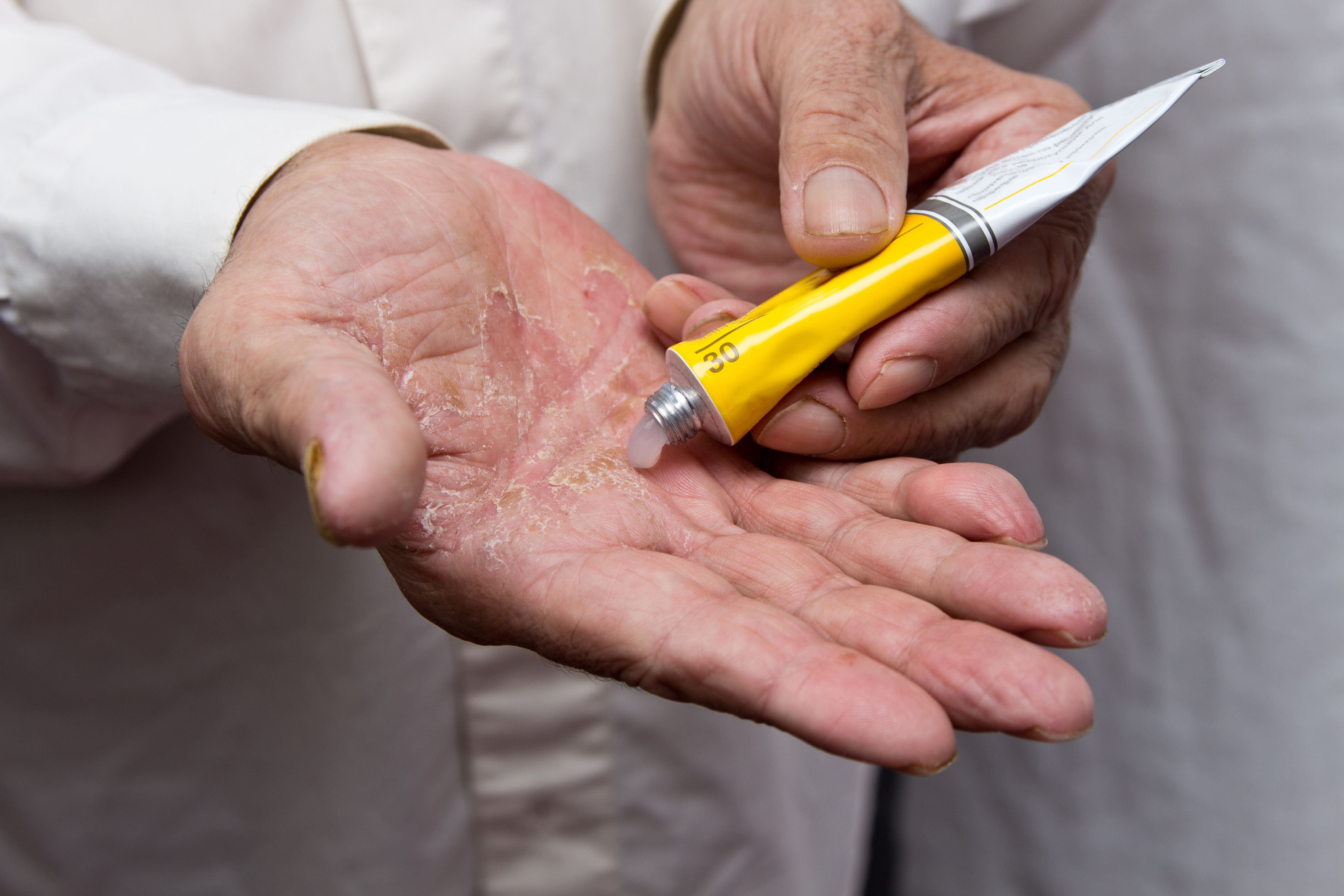 Psoriasis, a condition that causes the body to make new skin cells in days rather than weeks, causes thick, scaly patches that often appear on the knees, elbows, lower back, scalp, nails, and joints.

Symptoms tend to worsen with age, and psoriasis can be linked to other conditions that affect seniors, including type 2 diabetes, inflammatory bowel disease, and heart disease. Though not contagious, senior psoriasis is one of the more serious of skin diseases. It often progresses into a chronic condition, and there’s no known cure.

Doctors are still unsure what causes an estimated 7.5 million Americans (or 2 percent of the U.S. population) to have psoriasis. Scientists have learned that genes and the immune system may play a role. When a person has psoriasis, for example, T-cells begin to attack the body’s skin cells, causing the body to make new cells more frequently. Once T-cells begin to attack, they continue attacking for the rest of the person’s life.

Because of this, scientists believe that other factors also trigger psoriasis to appear for the first time. These include:

There are eight different types of senior psoriasis that may develop, each with their own symptoms.

Plaque psoriasis—The most-common form accounts for about 80 to 90 percent of people with senior psoriasis. Symptoms include:

Guttate psoriasis—This tends to appear after infection. Patches on the skin appear:

Pustular psoriasis—This type causes pus-filled bumps that usually appear on the feet and hands. Symptoms include:

Psoriasis in nails—About half of people with plaque psoriasis also see signs of psoriasis on their nails at some point. These include:

Psoriasis in joints—Some people with psoriasis, especially the elderly, may develop a type of arthritis called psoriatic arthritis. Symptoms include:

If you think you may have senior psoriasis, contact your doctor immediately. The sooner your visit, the sooner you can start a treatment plan that meets your unique needs. While every senior may require different treatment, your doctor may recommend one or a combination of the following:

Get information on senior psoriasis and personalized care provided by Grand Oaks.​

Schedule a 30-minute tour and discover what aging well means at Grand Oaks.