The Difference Between Eczema and Psoriasis 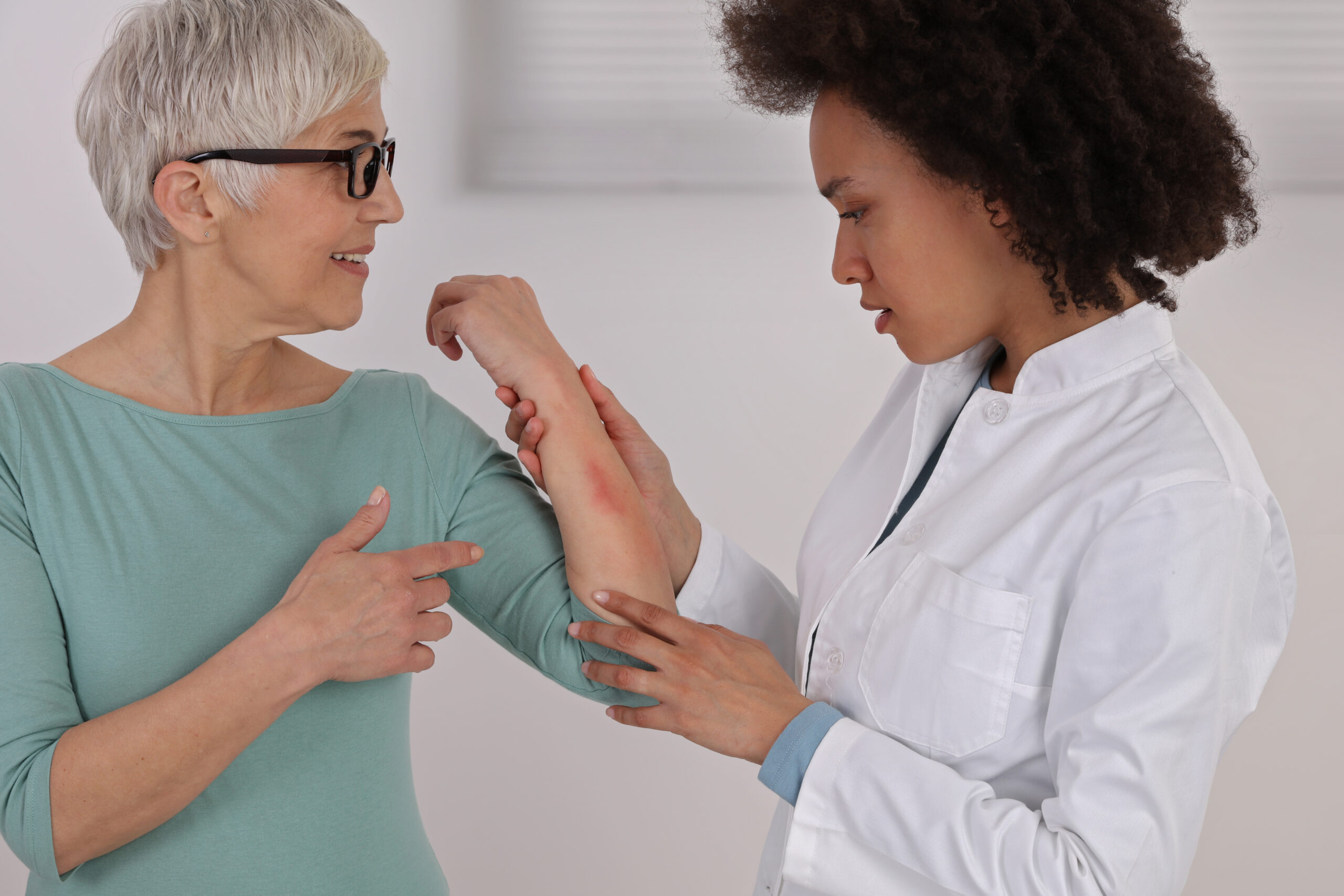 If you have itchy, red, and dry skin, you may think it’s eczema, a skin condition that’s prevalent in seniors. However, psoriasis can cause some of the same symptoms, and you may not know how to differentiate between the two. Psoriasis commonly starts over the age of 60 and can cause great discomfort for those suffering from it. So, what’s the difference and how can you treat it?

Psoriasis is an autoimmune skin disease that causes red, itchy scaly patches on the skin. It’s a chronic disease that usually goes through cycles of flare-ups, lasting a few weeks or months, and then subsiding for a while. Around 7.5 million people in the United States have psoriasis.

Eczema is an inflammatory skin condition that causes dry and extremely itchy skin, rashes, blisters, and skin infections. There are seven different types of eczema, the most common being atopic eczema. Like psoriasis, eczema also tends to come in cycles. More than 31 million Americans have some form of eczema.

How To Tell Eczema and Psoriasis Apart

Both skin conditions have similar symptoms, but there are key ways to tell them apart, such as their feeling, appearance, location, triggers, conditions they’re linked to, and treatment.

Feeling: Eczema’s main differentiator is an intense itch, sometimes causing you to scratch so hard your skin starts to bleed. Other symptoms include:

Psoriasis can also be itchy, but the itchiness is not nearly as intense as eczema. Psoriasis’s other symptoms include:

Appearance: Eczema makes your skin red and inflamed, typically appearing in small bumps. It sometimes creates rough, leathery patches that are dark in color. While psoriasis also causes red patches, they typically appear to be scaly, silvery, and raised. With psoriasis, the skin is thicker and more inflamed than with eczema.

Location: Eczema most often appears on parts of your body that bend, such as your inner elbow and behind your knees. Other common locations include the neck, wrist, and ankles. Psoriasis often appears on your knees, elbows, lower back, face, palms, and scalp. Less common locations include the fingernails and toenails, mouth and lips, eyelids, and ears.

Triggers: Eczema usually occurs due to common skin irritants and allergies like:

Since psoriasis typically goes through phases, it often flares up due to environmental factors, such as:

Treatment: Treatment for eczema depends on its severity. For mild cases, a topical corticosteroid (cream, gel, foam, or ointment) is used to control inflammation. For moderate to severe eczema, you may need a medication, such as a corticosteroid pill, to lessen symptoms.

Psoriasis treatments aim to stop the skin cells from growing so quickly and to remove scales. Treatment options include creams and ointments, light therapy, and oral or injected medication. You may need to try a combination of treatments before you find an approach that works for you, especially because some psoriasis medications pose potential complications for seniors.

Talk to Your Doctor

Eczema and psoriasis can present different signs and symptoms in every person. Comparing your experience and symptoms to others won’t always give you the correct answer. If you suspect you have eczema or psoriasis, call your doctor.

What You Should Know About Psoriasis

Learn the causes, signs, and more.

Schedule a tour and discover what aging well means at Grand Oaks.